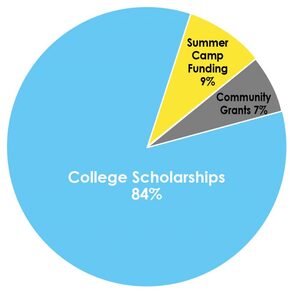 The Scarsdale Foundation was founded in 1923 by a Declaration of Trust, in which several local banks joined to collect and administer a fund for the family of a Scarsdale police officer who had been killed in the line of duty. The Scarsdale Foundation was incorporated by an Act of the New York State Legislature in 1930. The Foundation now operates as a 501(c)(3) entity under the provisions of the New York State Not-for-Profit Corporation law, under authority of special legislation enacted in 2000 as a result of the good efforts of our then Assemblywoman, Audrey Hochberg, and our State Senator, Suzi Oppenheimer.